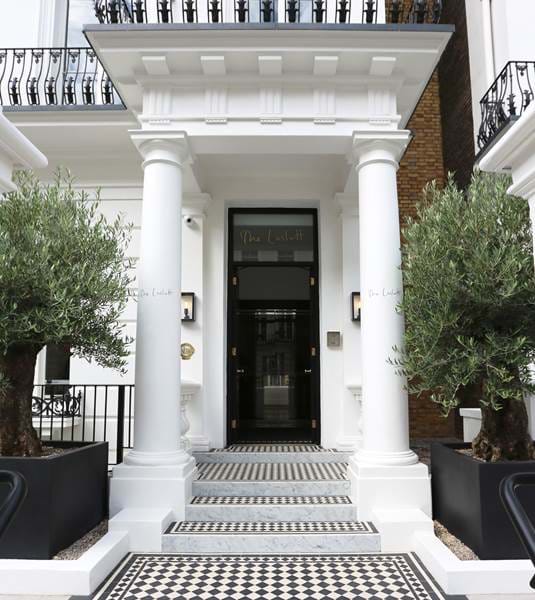 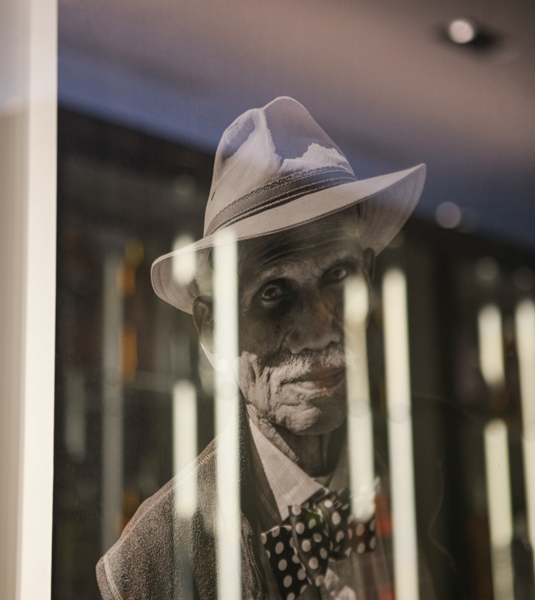 Within seconds of turning out of Notting Hill Gate Station, you will find yourself on a smart, quiet street, lined by a row of Regency-style houses. Evoking the same sense of luxury and elegance that once made them so desirable amongst the crème de la crème of Victorian society, five of these impressive townhouses have today provided the starting point for The Laslett – a hotel by Living Rooms.

The story of The Laslett may be rooted in Notting Hill past, but it will be a resolute part of Notting Hill future. A catalyst in the area’s creative resurgence, The Laslett’s philosophy centers on the support of British art and design; particularly artists who have forged a personal or artistic connection with the area.

Tracy Lowy, the woman behind The Laslett, called upon her creative reinforcements to help with the project. First came Tom Barlett, a long-term friend and the founder of Waldo Works – an architectural design studio known for their ability to seamlessly infuse the heritage of a classic space with a sense of playfulness.  Excited by the idea of a hotel that would celebrate modern British design, Tom introduced Tracy to Ben Kelway, a London-based creative director with his own studio, Atlas.

Ben willingly came aboard as creative consultant, and began to help with the immense task of curating the artwork that would give the hotel its unique character. All the pieces were beginning to fall into place, but something was missing – the project still needed a name.

Tracy first came upon the story of Rhaune Laslett whilst digging through the history of Notting Hill. A fairly unknown yet remarkable woman, she was a political activist in Notting Hill fifty years ago – a time when this was one of the poorer areas of West London, and when tensions within the racially diverse community were high.

Rhaune had the idea to organize a festival that would bring the local residents together, regardless of who they were or where they had come from. The event was to become an annual fixture, gradually evolving into the world-famous Notting Hill Carnival.

Naming the hotel after Rhaune was a way to acknowledge the enduring impact that she has had on the area, and on Living Rooms’ project itself. Her name stands as a reminder of the aim behind this new hotel – to create something that is a celebration of the locality, as much for Notting Hill residents as it is for visitors.

Under the name of The Laslett, the design team decided to dedicate the ground floor space of the hotel to the general public. They envisioned a new neighbourhood hangout, a place where residents and guests could experience the work of established and upcoming artists, or enjoy quality food and drink from local suppliers.

Further inspiration for the space came in the form of Russ Henderson, a steelpan aficionado who is widely recognised as a founding father of the Carnival as we know it today. Tracy and her team met with Russ, who offered them copious amounts of rum and ginger beer, as well as his blessing to use his name for the bar.

The Laslett is an unfinished story. In fact, it is many different stories that have diverged somewhere in London to make up a part of the ongoing narrative that is Notting Hill.